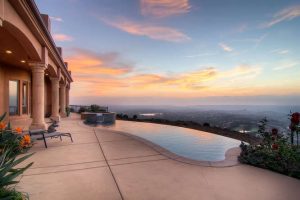 On Nov. 14, CAR will convene economists, policymakers and practitioners for The Real Estate Summit: Partnering for Change in California.
This year, for the first time, the Chinese surpassed Canadians as the top investors in American residential real estate.
According to the NAR, during the 12-month period that ended in March, investors from China (Mainland China, Taiwan and Hong Kong combined) invested $22 billion in the U.S. housing market.
Canadians, the US leader in foreign investment, spent about $13.8 billion.
While this upsurge was difficult to predict, the Chinese have good reason to invest in U.S. real estate, and the impact is being felt in the California, Washington and New York markets, where more than half of China’s investment dollars have gone.
Chinese investors consider the U.S. market and the coastal cities of California to be relatively inexpensive.
Housing is expensive throughout China, and is far more expensive than desirable California markets like L.A, San Francisco and San Diego.
Price is not the only attraction.
The U.S. housing market offers consistently enforced contracts, legal transparency and educational opportunities not available in their homelands.
So what does this mean for homeowners and buyers?
In markets like Indianapolis, Columbus and Kansas City, the impact is negligible.
Most Chinese buyers are shopping with cash and doing so almost exclusively in California, New York and Washington.
The $22 billion in Chinese investment in U.S. housing is actually rather small when compared to (in an avg. year) the total value of residential real estate transactions is approx. $1 trillion.
But foreign buyers do have a large impact on specific markets, bringing relief to coastal California homeowners stuck in upside-down mortgages.
In the Bay Area, roughly 25-30% of mortgages were underwater five years ago.
Currently the percentage of underwater mortgages in the Bay Area today is nearly zero.
Yet the Bay Area also faces an affordability crisis.
What remains unclear is how much more capacity Chinese investors have to influence housing in the U.S.
There is no Chinese version of census and IRS data telling us how deep this well of investors might be.
If it turns out there are only 100,000 Chinese able to invest in American real estate, the end of this cash influx will come to an end soon
.
If there are 15 million, then this market could go on for a long time.